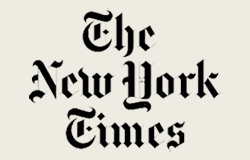 fINDING THE HEART OF ZINFANDEL

The comment from Preston G. of San Francisco seemed dismissive and definitive. Over the last month, as this column has been exploring zinfandels that were a step back from the popular over-the-top blockbuster style, he wrote: “Restrained is not authentic to the variety.”

Here at Wine School, expressions of historical certainty about wine generally arouse suspicions, as do assertions of authenticity. They are almost always wrong, yet nonetheless valuable in provoking discussions.

Determining the authenticity of any product is never an easy task. It’s particularly difficult with wine. Its production is largely specialized, with few accessible records to testify to the techniques and goals of long-ago vignerons.

The question of authenticity is especially perplexing in the New World, where decisions about which grapes to plant and what style of wine to make were often entrepreneurial or commercial rather than cultural.

Even so, if you are producing cabernet sauvignon in California or pinot noir in Oregon, you can at least consult historic references, like Bordeaux and Burgundy.

If you are making zinfandel, however, you are for the most part on your own. Although zinfandel has been shown to be genetically identical to tribidrag, a Croatian grape, and to primitivo, from the Puglia region of Italy, no definitive Old World blueprint existed for early zinfandel producers. Free from the dictates of well-known styles, they were able to follow their own muses.

Nonetheless, old zinfandel vineyards, as Eric of Capitol Hill, D.C., pointed out, do offer a few clues about what long-ago wine producers were thinking.

Preston G. cited Italian immigrants in California in the 19th and early 20th centuries who planted zinfandel, often in concert with other grapes. Some of these vineyards survive to this day, and are cherished and protected as heirlooms, while giving us some idea of how these farmers imagined their wines.

Zinfandel, for all its alluring qualities of spicy fruit flavors, can, depending on the vintage, lack other attributes. It is not always sufficiently tannic, for example, so these old farmers made sure as well to plant petite sirah, a notably tannic variety.

It can be light in color, so the vineyard could contain a grape like alicante bouschet, which yields dark, deeply colored wines. Other grapes, like carignan, might have been planted to add acidity, along with any number of other varieties, each with its particular attributes.

Industrial winemakers today can simply take care of any potential problems in the cellar, adding products like Mega Purple, powdered tannin or tartaric acid to solve issues of color, structure or acidity.

But these long-ago farmers, with their Old World experience, anticipated problems with more natural solutions. As today’s cliché has it, those old wines were truly made in the vineyard.

Still, we don’t know much about how their wines smelled, tasted or felt in the mouth. And zinfandel producers cannot point to Old World cultural traditions, even if the immigrants who planted these old vineyards were in a sense trying to conjure up the wines they’d enjoyed in southern Italy or wherever they originated.

The history that does exist identifies no dominant style of zinfandel. In his entertaining 1991 book, “Angels’ Visits: An Inquiry Into the Mystery of Zinfandel,” David Darlington pointed out that over many decades zinfandel styles “swung widely from moderate claret-like table wines to lurid alcoholic essences to pink soda-pop-like aperitifs.”

“This lack of a coherent zinfandel tradition is, however, another thing that makes it a purely American wine,” Mr. Darlington wrote in the book, which was later reissued as “Zin: The History and Mystery of Zinfandel.”

In other words, zinfandel could invent and reinvent itself. Most recently, over the last 25 years, its identity has been that of an extravagant, alcoholic wine. Good producers could match power with precision. In less skilled hands, the wines could just as easily be thick, sweet and syrupy.

But history tells us that zinfandel can be a lot of things, depending, as with so many wines, on the intent of the producer. Our aim in exploring a more restrained set of zinfandels was simply to examine the wine made from a different point of view.

While wines above 14 percent alcohol may not seem restrained, in the context of zinfandel, where wines have often topped 16 percent and even hit 17 percent, restraint is a relative thing.

Even among these wines, the differences in character were profound. The Broc was bright, fresh and nervy, with aromas and flavors of flowers and spicy fruit. Acidity was its defining quality. It was tangy, lightly tart and deliciously refreshing.

Chris Brockway, the winemaker, says Vine Starr was inspired by the wines of Beaujolais and the Northern Rhône. For me, Beaujolais was most evident in its snappy, juicy vibrancy and simple, easy-to-digest drinkability.

The Dashe, at 14.5 percent alcohol, was rounder and richer, yet pretty, with bright, spicy, floral flavors. It was extremely well-balanced and reminded me of an excellent Southern Rhône blend, although the producers, Mike and Anne Dashe, say only that they were aiming for a “bistro wine,” a bottle made to go well with food.

Unlike the Vine Starr, which was 100 percent zinfandel, the Dashe included 6 percent petite sirah, which may account for its lightly tannic texture, and 5 percent teroldego, a northern Italian grape that paired seamlessly with the others.

The third bottle, from Maître de Chai — French for cellar master — stood out. It was a single-vineyard wine, unlike the others, from grapes grown on decomposed granite soils in Clement Hills, a small viticultural area in the southeast part of Lodi.

The other two wines, regardless of the intent, were varietal wines, defined by the characteristics of the grape as expressed by their producers. The Maître de Chai, though, seemed to be a wine of a particular place, earthier and more mineral, with focused fruit and floral flavors and a pleasant touch of tannin. As with the Dashe, several other grapes like mission, grenache and mourvèdre were part of the blend, though the producers were not explicit about the precise mix.

As different as the bottles were, I thought each was an excellent example of zinfandel’s potential in a variety of styles.

By and large, readers seem to enjoy zinfandel, although some pushed back against my aversion to high-alcohol bottles.

WineLover of Massachusetts asserted that some zinfandels can be great at 15 percent alcohol and others bland at 13 percent, which of course is true. WineLover went on to suggest that few people could tell the difference between a zinfandel at 13 percent and one at 15 percent.

I disagree with that. I think that given a taste, many people could sense the difference, which is discernible not only in alcoholic heat but in texture and body.

More important, many people would know for sure after three or four glasses. The difference in alcohol between the two might be only two percentage points, but that equates to about 15 percent more alcohol in the more powerful bottle. You will feel that after a while.

Independent Observer of Texas said, “I don’t mind the heavy hitters, especially when something like Texas BBQ is being served.” I won’t argue taste, but for Texas barbecue, I want a bottle like the Broc Vine Starr, lightly chilled, especially if I’m in the heat of a Texas summer.

Readers also offered plenty of suggestions of favorite producers, which I very much appreciated. Alex Seizew of Ojai, Calif., even suggested a white zinfandel from Turley, which happens to be an excellent bottle, dry and refreshing.

As far as these wines went, however, opinions flew in all directions. Martina Mirandola Mullen of New York likened the Maître de Chai to an elegant Bordeaux blend, but George Erdle of Charlotte, N.C., said it was syrupy and disjointed. His dining group enjoyed the Dashe best, and seconded my suggestion, calling it Rhône-like.

Jerry Pendzick of Jacksonville, Ore., said the Broc reminded him of a watery pinot noir. But Martin Schappeit of Forest, Va., took my recommendation and tried a 2015 Broc with a recipe for orange beef.

“This food fits this wine like Cinderella’s foot fit the shoe,” he said. “I was sitting down and thought in a sentimental moment: This is an American wine and I love it.”