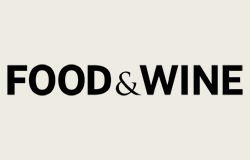 GET TO KNOW GRENACHE

Love Pinot Noir for its for its silky elegance? Check out Grenache. Syrah for its spicy power? Ditto. Fan of the recent category of “red blends” filling wine-store shelves? Again, spend some time with Grenache: It’s the backbone of one of the original great red blends, ChaÌteauneuf-du-Pape, whose luscious richness many of those wines try to hint at (but rarely achieve). Grown everywhere from southern France to central Spain to coastal California to Australia’s sunlit hills, Grenache is the greatest, most widely planted, yet (weirdly) little-known grape around.

Nv Saint Cosme Little James’ Basket Press Red ($14)
Louis Barruol makes some of the most sought-after wines in France’s southern RhoÌne. He also ignores the region’s rules to produce this multi-vintage Grenache. It bursts with red fruit and spice.

2017 Bonny Doon Clos De Gilroy ($20)
Randall Grahm of Bonny Doon made his name with his Grenache-inclusive, ChaÌteauneuf-inspired Le Cigare Volant bottling. Long a fan of the grape, he has also made this crisp, strawberry-scented red since the mid-’80s.

2014 D’arenberg The Derelict Vineyard Grenache ($29)
As its name suggests, d’Arenberg’s Chester Osborn sought out old, abandoned vine-yards throughout Australia’s McLaren Vale for this potent red (and used antique basket presses from the 1800s to make it).

2014 E. Guigal Gigondas ($35)
Sure, there’s a touch of Syrah and MourveÌ- dre in this red from one of the RhoÌne’s top wineries. But this strawberry- and cassisfilled bottling sings of Grenache’s southern RhoÌne ripeness, and its tannins owe their silkiness to that variety, too.

2015 Latta Upland Vineyard ($45)
The little-known Snipes Mountain area in Washington State grew this gorgeous Grenache; awash in wild strawberry and spice notes, it shows the talents of up-and-coming star Andrew Latta. Get on his mailing list now, before everyone else does.

2016 Sucette Barossa ($59)
Richard and Carla Rza Betts source fruit from their ancient vineyard in Australia’s Barossa for this seductive red. (Truly ancient: “We’re still trying to figure out when it was planted,” Richard says. “We’re pretty sure mid- to late-1800s.”)